Ghanaian Celebrities are cheap but they pretend to be living expensive lives on social media. They pass on their fake designer bags and clothes as original–so that their credulous fans will regard them as having “arrived.” 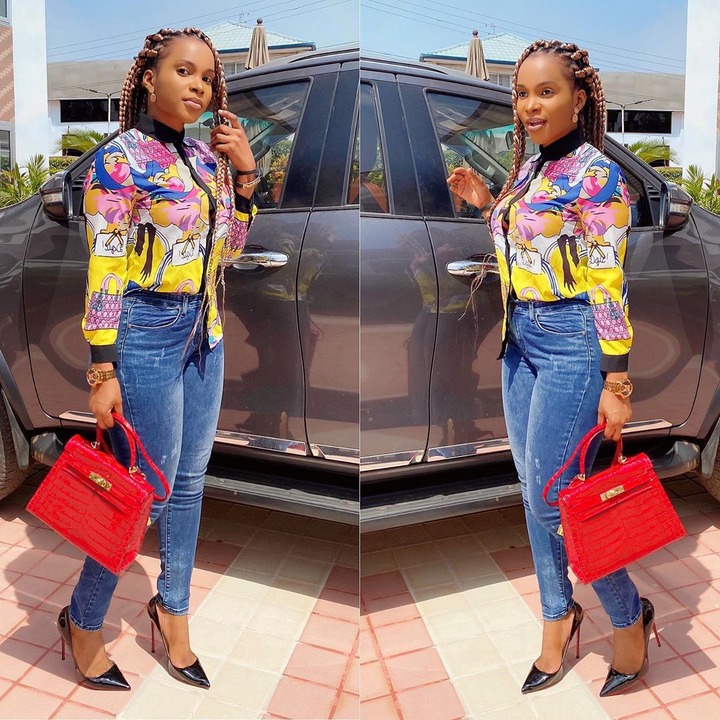 GhanaCelebrities.Com has spotted Benedicta Gafah using her verified Instagram page to sell/promote an Instagram page called gab_beauty which carries several photos of herself–and the page sells bags among other accessories. She also posts photos of these designer bags with a number to contact if you want to make a purchase. 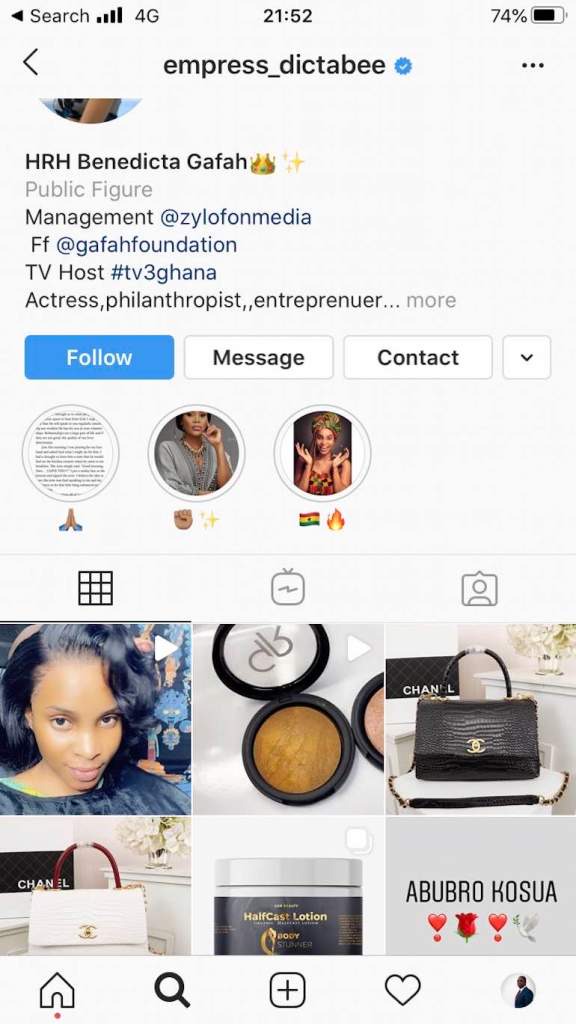 Because we at GhanaCelebrities.Com are aware of how much Ghanaian Celebrities love fake designer stuff, we were certain the Chanel bags Gafah was selling on her page were all FAKE.

So, we Whatsapped the number which comes with her posts and asked for the price of the Chanel shoulder bag, and we were quoted the price of 650 GHS–which is less than £100.

A quick check online at official Chanel outlets revealed that the bag sells for almost £5,000. And here we have Gafah and her cronies, selling it for less than £100–a clear confirmation that it’s a knock off. 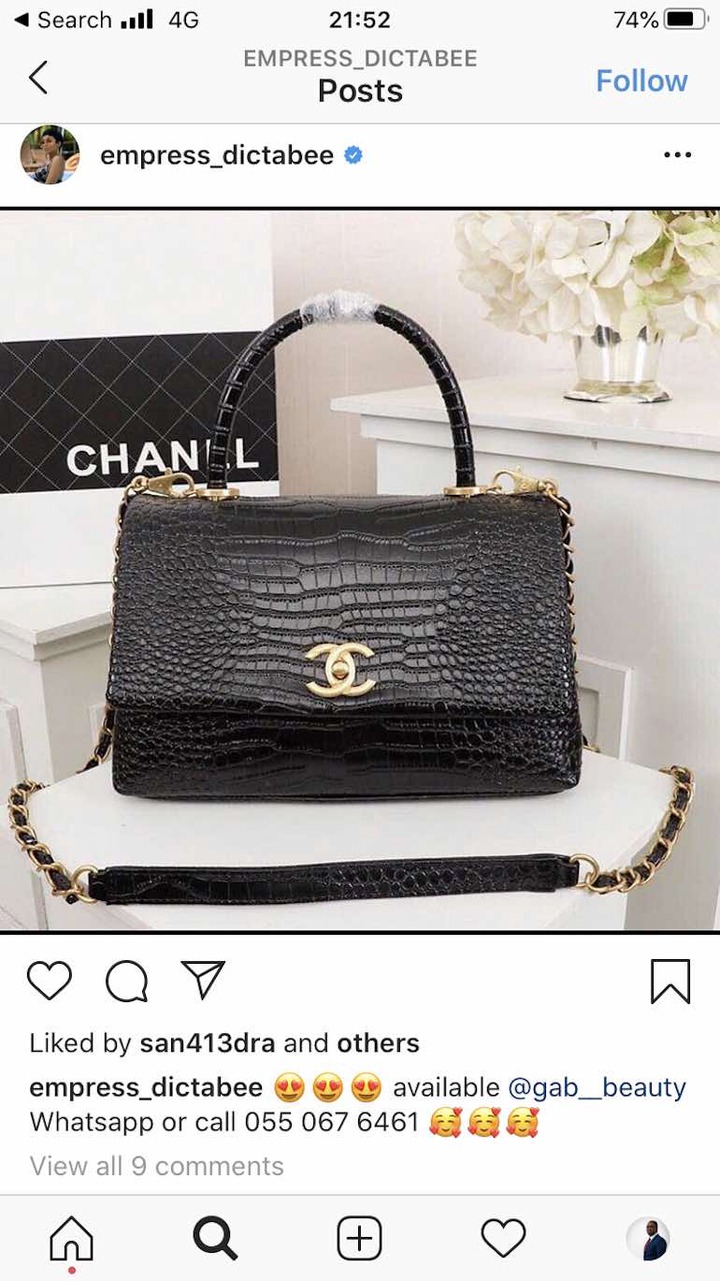 Selling fake designer products is illegal as it’s a violation of someone’s trademark but a lot of Ghanaian Celebrities are into fakies–because they want to keep up with the Jones.

A few years ago, Yvonne Nelson was busted–as someone who owns several fake Louis Vuitton bags.

Ghanaian Celebrities are constantly pushing to fake it on social media to claim that they are ballin’ when they are not really up there. That’s why you should never envy them–it’s mostly FAKE. 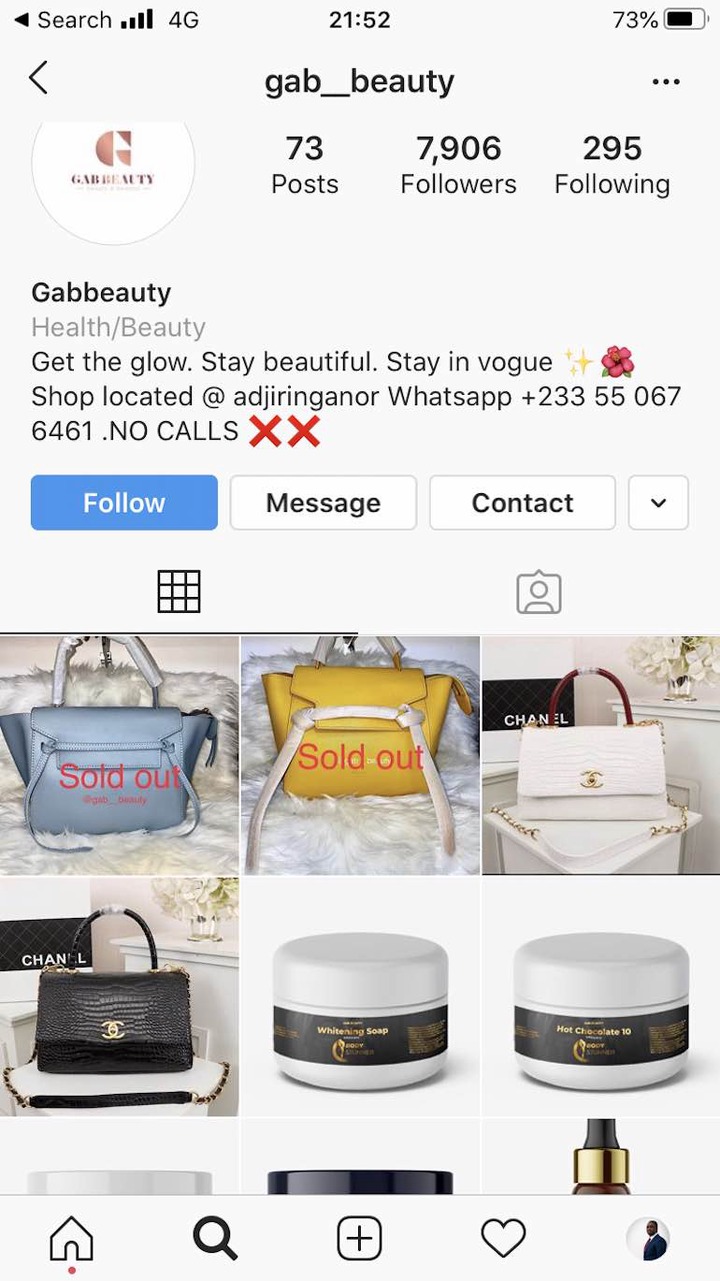 Don’t Rely On The Government To Protect You Against Coronavirus, Start Taking Precautions

Nigerian singer, Teni proposes to a male fan while performing on stage » GhBase•com™

DJ Mensah online is an information and Entertainment site for DJ Mensah and for Ghana, this is where you going to get the hitz tracks, Know more about upcoming artist, get the latest video, Trending Issues online.
Contact us: info@djmensahonline.com

Kingsley Brown – Drunk on You